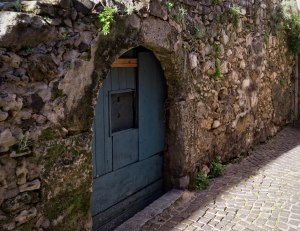 Biot, France is a little village, un village perché, a short distance from the Mediterranean Sea coast and not far from Nice, France.  It is still untouched, relatively so, and always worth a visit, especially to walk through its narrow, winding streets, more like alleys, which, like other villages perchés, are mazes.

While meandering through those streets—en flânant dans ces rues-là—doors and windows offer some of the best surprises.  They are mysterious and colorful.  One is guided by the narrow path, the walls to each side, but the windows and doors permit one to transcend those walls. 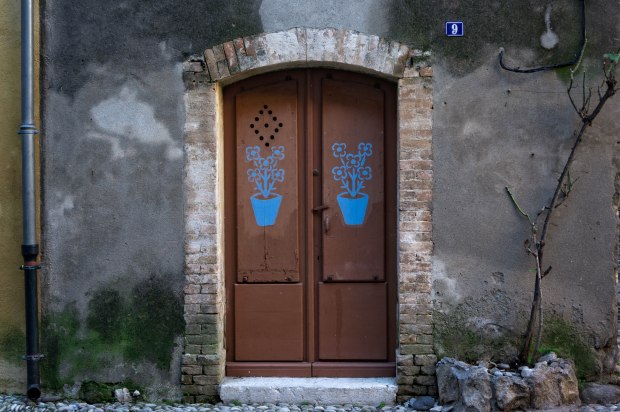 Someone spent time cutting those holes in the walls.  They did not beat the wall, hoping to transform it into a door or window.

What happens behind closed doors?  Behind the curtained windows?  Do I dare be an opener of doors?  Am I bold enough to knock?  Do I dare peep through windows?  Is it not true that most doors remain closed because one has not tried to open them?

How often have I heard: “When one door is closed, don’t you know, another is open.”  Or, “When one door closes, another opens; but we often look so long and so regretfully upon the closed door that we not see the one which has opened for us.” Or again, “Happiness often sneaks in through a door you didn’t know you left open.” 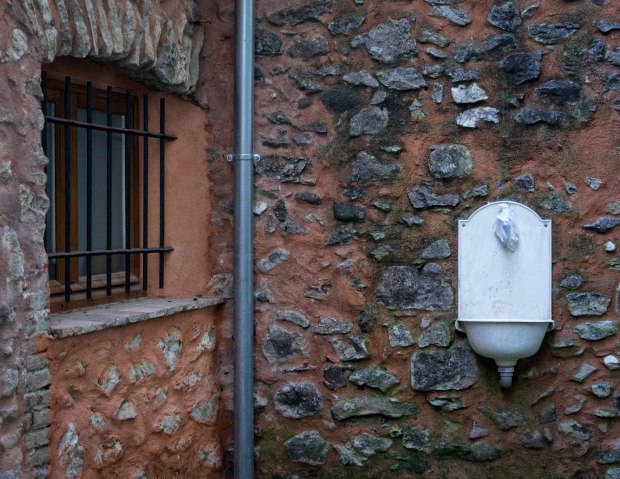 Have you read the short story, “The Lady, or the Tiger” by Frank Stockton?  In short, a man is placed in an arena before two doors.  Behind one door is a beautiful woman whom he will marry, but behind the other door is a ferocious tiger that will surely kill him.  The story ends with the line, “And so I leave it with all of you: Which came out of the door—the lady, or the tiger?”

But . . . on the other side are secrets.  Away from observers and reporters and intruders and whatever happens is done in private or secretly.

Most of the operations at the Department of Mysteries in the section of the Ministry of Magic are confidential and carried out in total secrecy.  Harry Potter knows.  Some walls are bare with no windows and no doors.  Except for the black door to the Entrance Chamber, which has twelve handleless doors, and when a door closes, the walls rotate.  One cannot know which door is which.  The Love Chamber remains locked.  Even magic cannot open it.  At the end of the Time Room is a door that leads into the Hall of Prophecies.

Can I tell you a joke?  Have you heard the one about the monk?  He is sent on a quest to discover the mystery of a beautiful sound.  When he returns to the monastery, the monks lead the man to a wooden door, where the head monk says, “‘The sound is beyond that door.’  The monks give him the key, and he opens the door. Behind the wooden door is another door made of stone.  The man is given the key to the stone door and he opens it, only to find a door made of ruby.  And so it went that he needed keys to doors of emerald, pearl and diamond.  Finally, they come to a door made of solid gold. The sound has become very clear and definite.  The monks say, ‘This is the last key to the last door.’”  What did he learn? 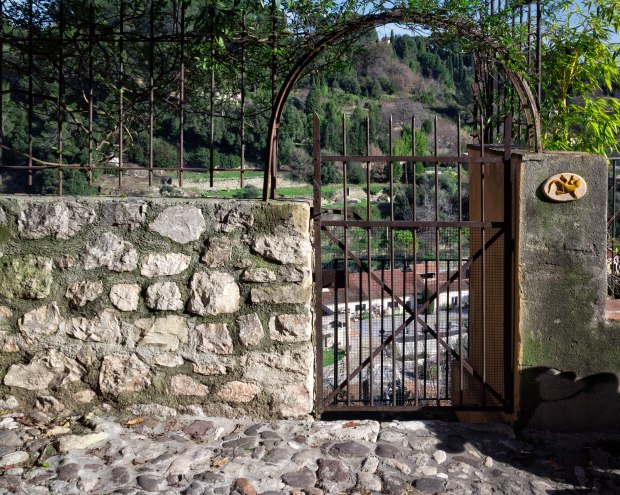 Charlie Rich recorded a song, “Behind Closed Doors.”  He tells us what happens—sometimes.

My baby makes me proud
Lord, don’t she make me proud
She never makes a scene
By hanging all over me in a crowd
‘Cause people like to talk
Lord, don’t they love to talk
But when they turn out the lights

My baby makes me smile
Lord, don’t she make me smile
She’s never far away
Or too tired to say: “I want you”
She’s always a lady, just like a lady should be
But when they turn out the lights
She’s still a baby to me 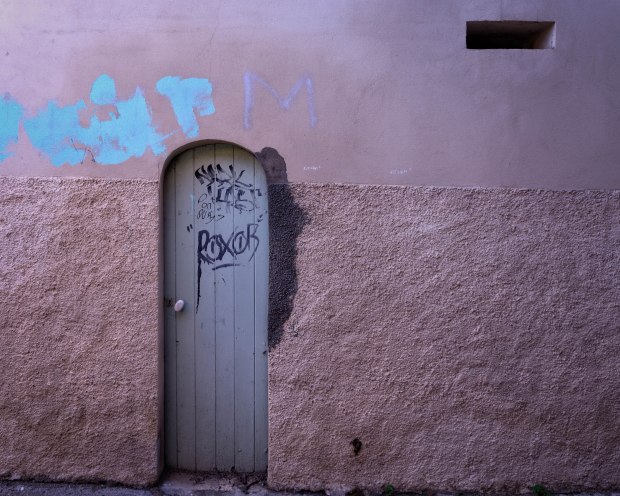 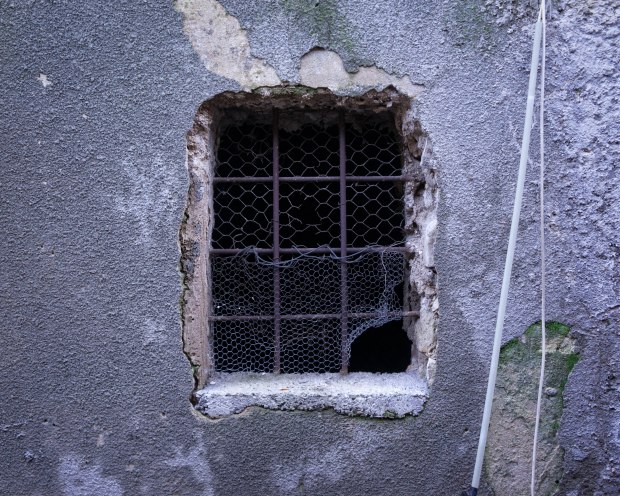 BEWARE!  FAITES ATTENTION !!
Did you know that walking through a door may cause you to forget?  Or is it that remembering is easier in the room in which you originally took in the information?  For  The Quarterly Journal of Experimental Psychology, an abstract for the article “Walking through doorways cause forgetting: Further explorations” reads: “Previous research using virtual environments has revealed a location-updating effect in which there is a decline in memory when people move from one location to another. Here we assess whether this effect reflects the influence of the experienced context, in terms of the degree of immersion of a person in an environment, as suggested by some work in spatial cognition, or by a shift in context.”  Huh? 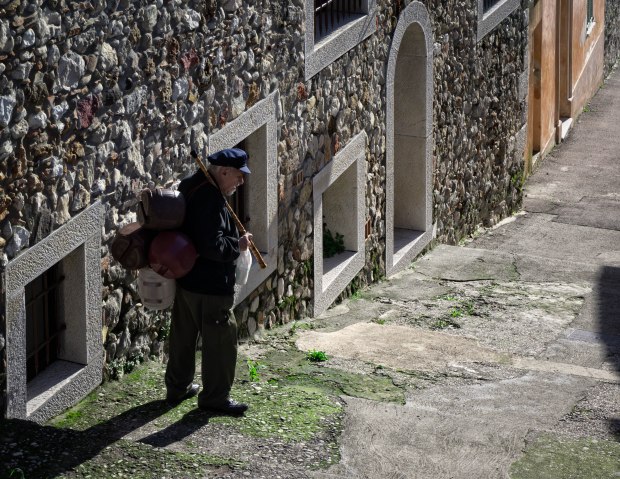