clay must feel happy in the good potter’s hand 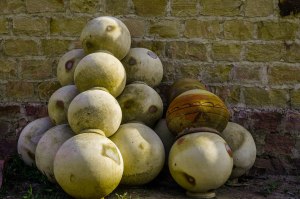 Not far from the village where I watched a cobbler make shoes, I visited another village where I watched a potter and his son make pots.  They made several items, but their primary income came from making the same pots or bowls.  Sitting or squatting easily on the floor, they turned the mechanical potter’s wheel and quickly fashioned a bowl that they had made many, many times. 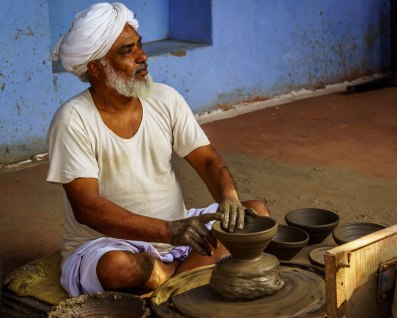 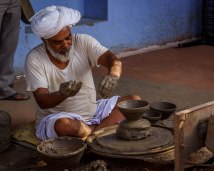 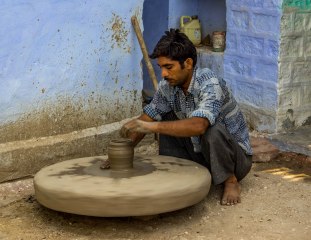 The father had been making pots since he was very young, and his son had then learned the craft.  We asked him to show us how he made a pot; and soon he had the stone turning, and a piece of clay resting in the middle became a beautifully formed symmetrical pot.  (Click on a photo to see more.) 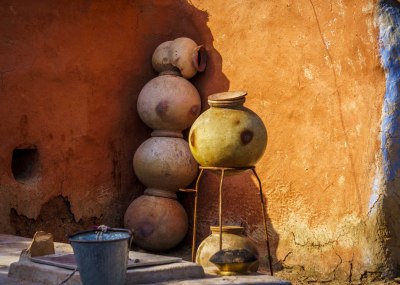 We were free to wonder the colorful village.  It was not unusual to see a camel nearby.  (Click on a photo to see more.)

From: India
← on buying जूते [jūtē] near chandelao
the work of giants →
No comments yet