“Benaras (Varanasi) is older than history, older than tradition, older even than legend, and looks twice as old as all of them put together!”  –Mark Twain

Once, a long time ago, I worked for a theater director as her stage manager.  One of her axioms was “Comparisons are unhealthy.”

Specifically, she questioned whether one actor’s performance or method was better than another.  She claimed that each was different and better understood that way.

Alana, I believe, did not want her actors to wonder what their fellow actors might say or think or do, but instead to focus on what he or she needed to do.  The actor must concentrate on the battle of the roll he or she is playing and not on the words or the actions of others.

“. . . crammed perspective of platforms, soaring stairways, sculptured temples, majestic palaces, softening away into the distances; and there is movement, motion, human life everywhere, and brilliantly costumed – streaming in rainbows up and down the lofty stairways…”  –Mark Tain  (Click on any photo to see it larger and in more detail.) 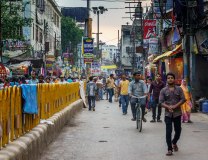 As a part of a three week trip to India, I spent some days in Varanasi, considered one of the oldest living cities in the world, if not the oldest.  There I watched the people.  I watched them in the busiest streets I have ever seen.  (Click on any photo to see it larger and in more detail.) 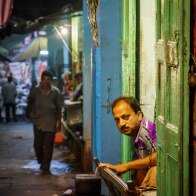 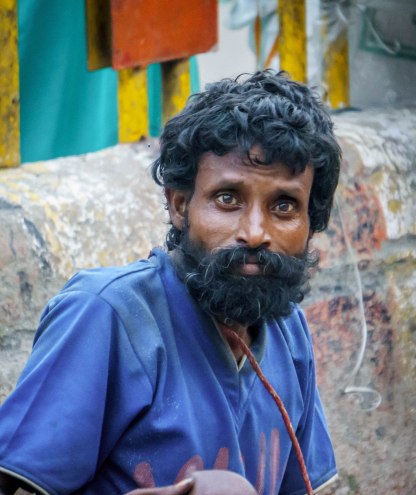 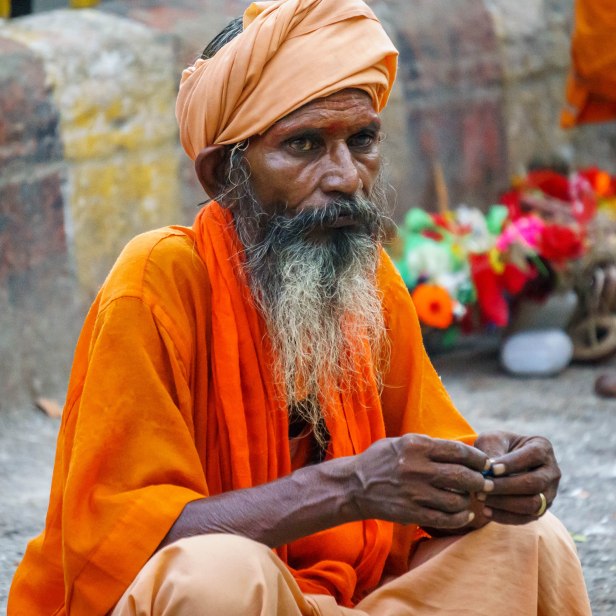 I saw them in more quiet moments, in smaller venues where the noise and the movement was more subdued.  (Click on any photo to see it larger and in more detail.) 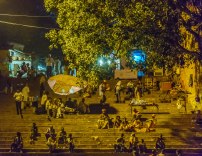 One evening I sat in a boat on the Ganges and looked back at the ghats that line the sacred river.  (Click on any photo to see it larger and in more detail.)

“In the morning I bathe my intellect in the stupendous and cosmogonal philosophy of the Bhagvat Geeta, since whose composition years of the gods have elapsed, and in comparison with which our modern world and its literature seem puny and trivial; and I doubt if that philosophy is not to be referred to a previous state of existence, so remote is its sublimity from our conceptions. I lay down the book and go to my well for water, and lo! there I meet the servant of the Bramin, priest of Brahma and Vishnu and Indra, who still sits in his temple on the Ganges reading the Vedas, or dwells at the root of a tree with his crust and water jug. I meet his servant come to draw water for his master, and our buckets as it were grate together in the same well. The pure Walden water is mingled with the sacred water of the Ganges.”  –Henry David Thoreau, Walden