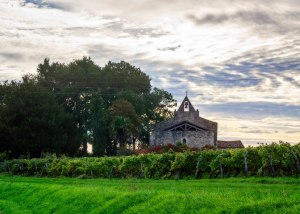 “It is my belief, Watson, founded upon my experience, that the lowest and vilest alleys in London do not present a more dreadful record of sin than does the smiling and beautiful countryside.” ―Arthur Conan Doyle, Sherlock Holmes: The Complete Novels and Stories

Walking down a grassy lane while leaving La Romieu in the early morning, I heard little. The countryside had a deep silence, no rushing of engines from cars, no shouts in the distance, or nearby. Birds though. My feet on the dewy grass. Maybe my breathing if I listened closely.

Such innocence and simplicity. Remember that Miss Marple encountered murder is these simple hamlets. But in England, of course.

This day I walked in the early morning to Condom, France. (Don’t try. I have already heard the jokes about the name.) “Condom” comes (sorry) from the Gaulish words conate-ó-magos which evolved eventually into Conddóm. 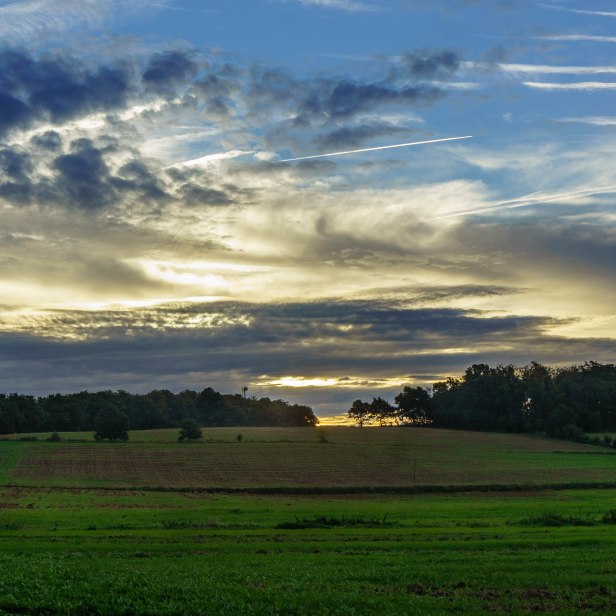 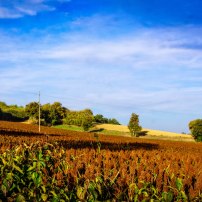 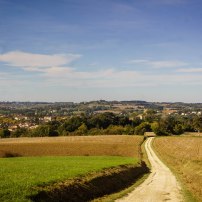 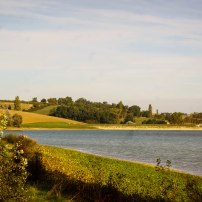 Grassy tracks along or through farm land, corn fields is the order of the day. The landscape is open, and the horizon seems frequently in sight. (Click on any photo to see it larger and in more detail.)

The twisting paths, the serpentine tracks, make their way through a photogenic countryside, and one wonders how it could present itself as a more dreadful record of sin than does the lowest and vilest alleys in a city. 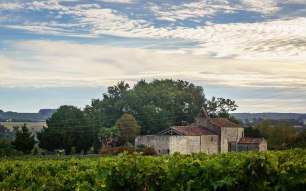 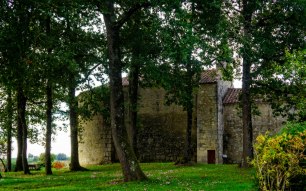 But there is hope for one contemplating sin in this region of France. A number of chapels are in the Way. On this day I saw the Chapelle Sainte-Germaine de Soldanum from the 12th and 13th centuries. It is a remnant of a 9th century monastery which was destroyed by the Romans. (Click on any photo to see it larger and in more detail.) 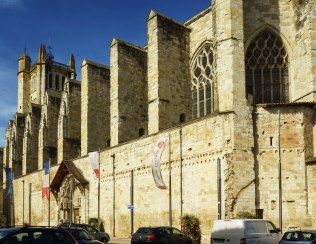 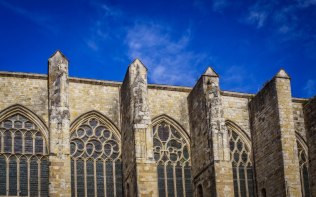 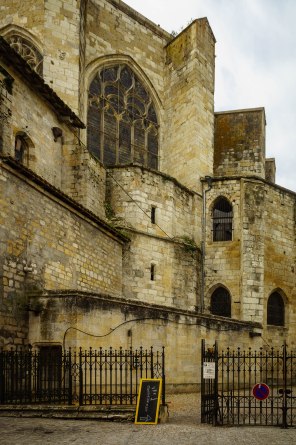 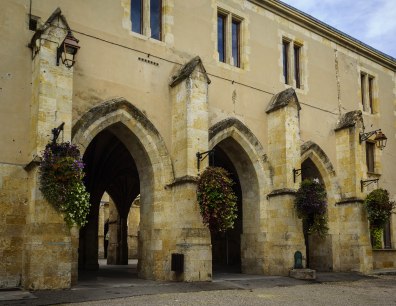 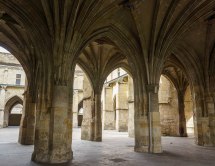 For the sinner of sinners the pèlerin can wait until Condom and its gothic Cathédrale Saint-Pierre de Condom, built in the 16th century. Like other towns in the Gers region, the cathedral seems large for the town. It has flying buttresses around it. (Click on any photo to see it larger and in more detail.) 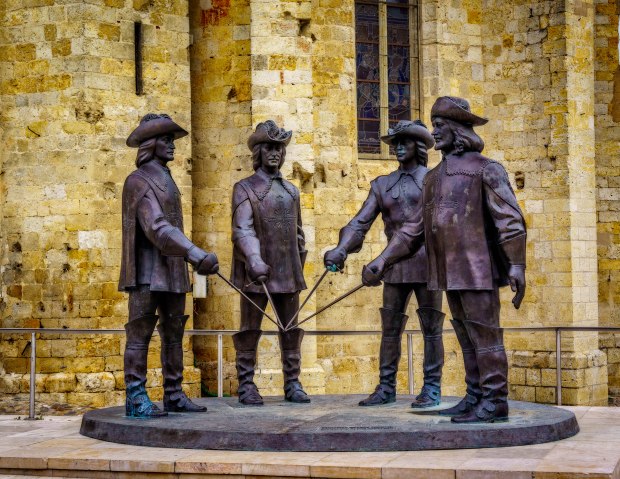 At one end of the cathedral is a sculpture of the Three Musketeers plus one. (Click on any photo to see it larger and in more detail.)

I spent the next two nights at the Logis des Cordeliers in Condom.

From: St Jaques de Compostelle
← at the falls on the fall river & at the hatchery
montréal, gers, france →
2 Comments Post a comment