My friend and her husband arrived the previous day. I was already in Paris for some weeks, and had stopped by their hotel near the Place de la République. She wanted to visit before they set about exploring Paris.

I suggested we go to the plaza and sit in the shade à la terrace and order some espressos. “Just as the French do.” Her husband remained in the hotel room and slept.

Do you remember the first time you went to Paris? Or Rome? London? Name your dream city. “Am I really in Paris? This place looks just like the pictures.”

She looked to the right and left and around and back to the right then to the left. She had a little smile all the time. “What do I say? Do I just say coffee?”

I suppose it is natural that first we look around, straight ahead and off to the right and to the left and then swivel. “Un café s’il vous plaît.”

We look down, too. We should anyway, otherwise we will be spreading dog doo with our feet and stumbling into a curb or tripping over a chair leg extending too far onto the sidewalk. “Merci bien.” (Click on any photo to see it larger and in more detail.) 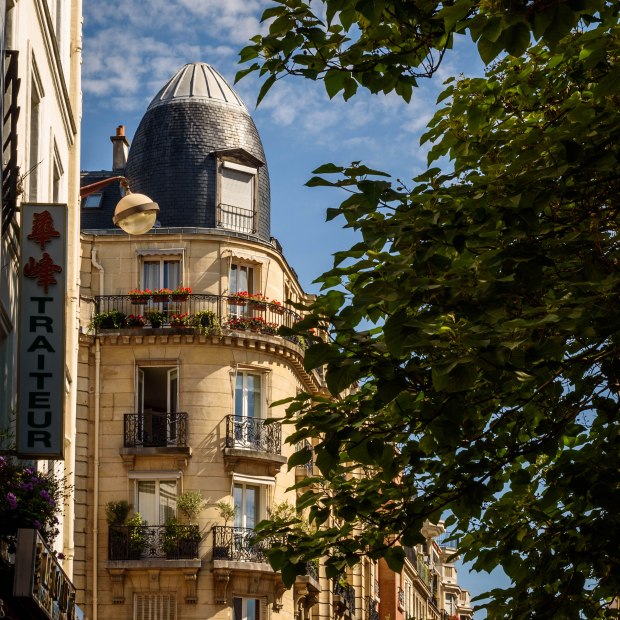 Soon though one begins to look up. I hope so anyway especially in Paris. Other cities can be appreciated this way, but I write about Paris.

I suggest one look up and admire the tops of those buildings that surround you as you wander the streets, looking to the right and then to the left, taking most of it in, except for those roof tops above you. 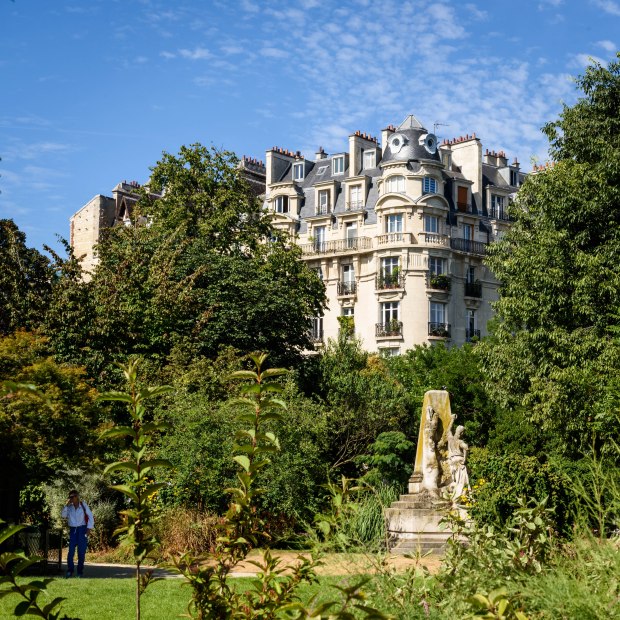 The “chambre sous le toit” that you see are often prized because of the views. The penthouse suite is the modern equivalent; they command the best prices.

If one is an artist, a painter, with romantic ideals, that room up there with its promised light and cheap rent beckons.

Once upon a time those rooms were for servants, maids, menservants, drivers, and other employees who worked for the residents on the first and second floors. (The first floor in France is the second floor in the Untied States. The ground floor is called the “rez-de-chaussée.”)

My favorite section usually appears above the corner of two streets. They have domes which hint at telescopes under them. One might easily imagine them opening at night and the telescope appears, searching out the furthest reaches of the universe.