tips and tricks for eating in restaurants in france

CAUTION
What I write may or may not be true, in fact, at times. Many will know the rules, and since I am older I know as well the exceptions. I do write in generalities with those exceptions in mind.

CREDENTIALS
I live in France typically 3 to 5 months each year. During that time I eat lunch literally at a restaurant each day. For example, I spend the winter months in Antibes, January through March, which accounts for 90 days, the length of a typical visa. When I return later to the states or leave the Schengen area, I will have eaten 90 times in French restaurants.

LUNCH AND DINNER HOURS
Unlike many restaurants in the United States, the French honor the lunch and dinner hours. If you want to eat something outside of those hours, you will be out of luck unless you eat fast food or go to a place which advertises itself as service non stop. Generally the service occurs between 12:00 and 14:00 or 15:00 for lunch and between 19:00 or 20:00 for dinner until the later hours, possibly 22:00. 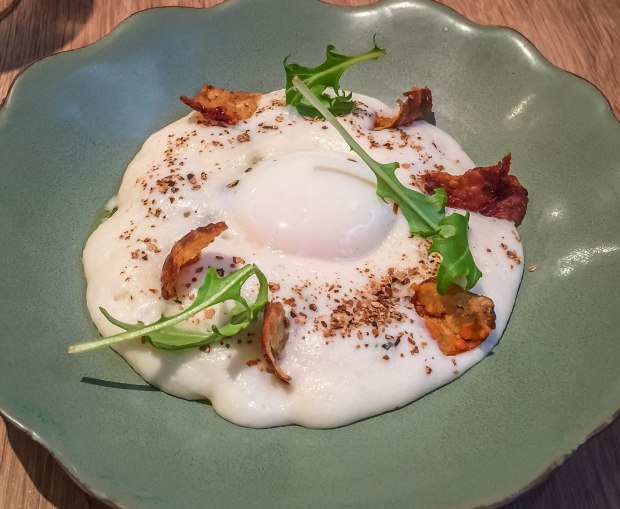 WHAT TIME TO EAT?
I suggest arriving at a restaurant when it opens or within the half hour of opening. For lunch I recommend getting a table between 12:00 and 12:30, for example. For dinner you might arrive later, closer to 20:00 or 20:30, if the restaurant opens at 19:00 and closes later.

I mention this because the French love to eat and to eat at restaurants. So many times I have arrived soon after the doors are unlocked, I will be one of the first customers, and within 30 minutes to 45 minutes the restaurant will be full, complet. People are turned away. Or, if there are tables, the waiter may tell you that the plat du jour is finished.

PLAT DU JOUR & COURSES
A French restaurant will advertise the menu and suggestions on a placard, l’ardoise, that is displayed outside the restaurant. The French then will walk and shop, examining the offerings, debating among themselves, until they find what they want to eat. I recommend that you do the same thing. Choose a restaurant for its plat du jour. The restaurant will offer other dishes, of course.

Be careful. The ardoise may name the plat du jour and les suggestions. The suggestions or suggestions du jour can not be used in the formule. They are dishes that stand alone and are considered à la carte.

In the United States one must generally be seated by the staff. It is particularly true in France, especially during the lunch and dinner hours.

Enter a restaurant, do not block the door but step in, wait for the staff, make eye contact, smile and say, bonjour or bon soir, and in French or with hand gestures announce how many are in your party.

ENTERING A FRENCH RESTAURANT OUTSIDE OF LUNCH AND DINNER HOURS
However, outside of the lunch and dinner hours, some brasseries with service non stop will gladly serve you something to drink or to eat. These are the restaurants that one sees in pictures, often taken in Paris, but not exclusively so, where people are lounging at tables aligned on the sidewalks and are drinking espressos or sipping from glasses of wine or beer and smoking too many cigarettes one after another. These tables are à la terrace. If the table does not have a place setting, by all means take it and catch the eye of the waiter.Be aware though that French law does not forbid smoking à la terrace. 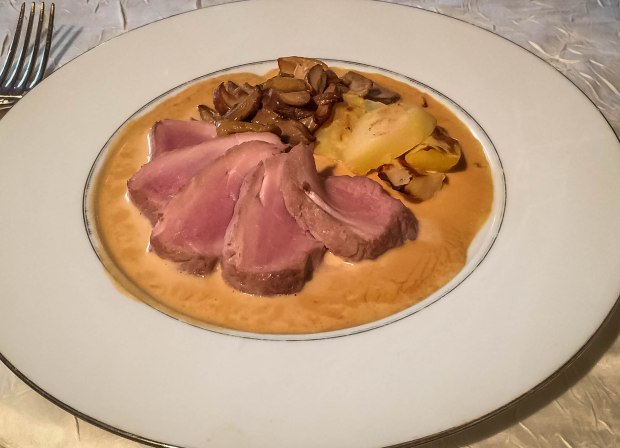 THE TABLE IS YOURS FOREVER AND EVER
Once you are seated, that table will be yours and for no one else during the meal hours. In other words, after you eat and leave no one else will be seated. (The reasons for this are varied which I will not address.) You can take your time with the meal. You will not be rushed. In fact, as the meal progresses and the time goes by, you may think that the waiter has forgotten you, which may be true, sort of.

However, the restaurant may offer un deuxième service, a second sitting. It may be very popular, so all of the tables were quickly taken—le restaurant est complet—but you arrive at 13:30, let’s say, and the the service ends at 15:00. You will be seated and served even though someone has already eaten at that table, and it has been cleared and lacks a table setting. 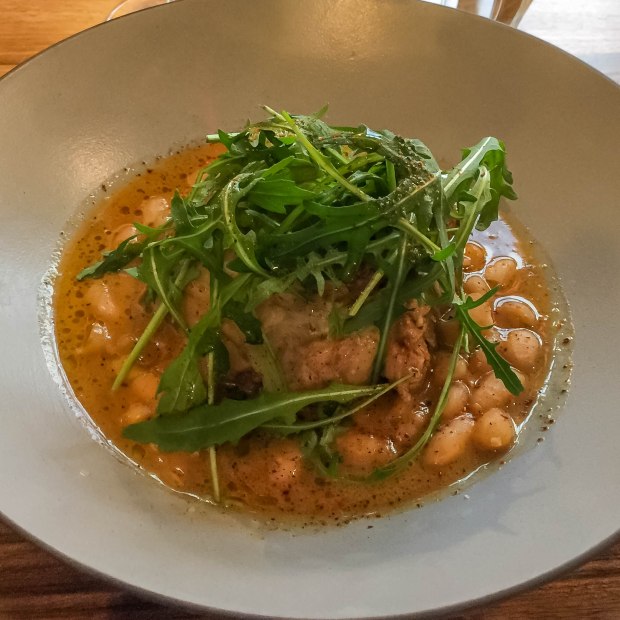 GOOD GRIEF! ORDER WINE
You are in France. The French drink wine during meals, lunch and dinner. When in France do as the French! Oh, how many times have I seen foreigners—Americans, I am writing about you—order soft drinks—yikes!—or a cup of coffee with their meals. No no. Drink one glass of wine. You may be a bit tipsy; but you will be walking later, you will be outside in fresh air, and you will be eating food and drinking water with the wine.

Once a long long very long time ago during the first half of the 19th century, just after the French Revolution, when the French were inventing the restaurant experience—yes, one can trace the development of restaurant to the French; restaurant is after all a French word—you would be asked to leave the establishment if you did not order wine with the meal. Meals were cheap, very cheap, and the restaurants made much of their income from the wine they sold.

Wine is food and a necessity, like dessert. You are in France.

“As I ate the oysters with their strong taste of the sea and their faint metallic taste that the cold white wine washed away, leaving only the sea taste and the succulent texture, and as I drank their cold liquid from each shell and washed it down with the crisp taste of the wine, I lost the empty feeling and began to be happy and to make plans.” —Ernest Hemingway, A Moveable Feast

TIPPING
After much fussing for too long, I have adopted my own practice for tipping in France.

By law in France the tip is included in the bill. One will often see posted somewhere, either on the bill or on the the menu, le service est compris. That means when you pay the amount on the bill, you are good to go. You do not need to leave a tip.

I believe the French waiters are professional, hard working people. They do what they do as a chosen career. Sometimes they pull off extra-ordinary feats with aplomb and patience with little help during very busy hours. They are pros. (Agreed, everyone has a story to tell about poor service, but so what? I am writing generally about my observations, and I think they are true.)

So, how much should you leave? After fussing about the right thing to do, I leave 10% for a tip. That is more generous than what the French might leave, generally, but less than what I would give in the Untied States.

I return to some restaurants. The waiters remember. I took away that lesson from reading a biography of Proust. Proust would leave generous tips and cultivate the waiters. Afterward he would be treated with more deference when he returned. It works. 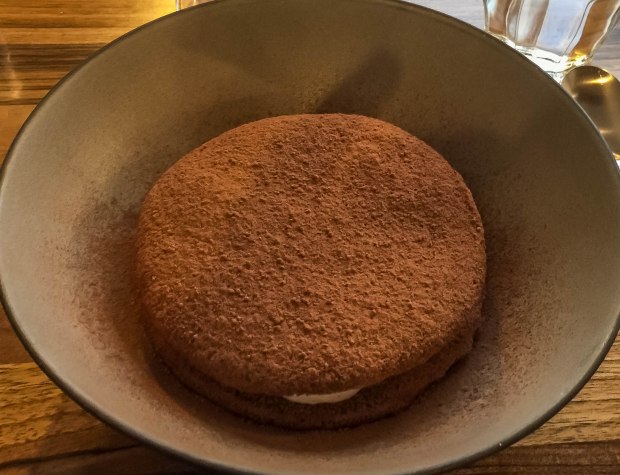 PAYING THE BILL
After extolling the virtues of the service staff, I must say that they are less attentive towards the end of the meal. I want to pay the bill and leave, but I cannot get their attention.

Or, make eye contact with the waiter who is across the room. Pretend to write something in the air with your finger and thumb. That works every time. It is universal sign for l’addition.

Or, order un petit café at the end of the meal—you will be asked if you want one—and at the same time ask for the l’addition.

Or, out of frustration, go to the cashier and ask to pay. That will certainly get quick results.

BE PATIENT
France is not a fast food country. Fast food does exist and some French will eat and run. The French youth love hamburgers at MacDo’s.

However,the French will spend an hour-and-a-half to two hours eating lunch. Many stores are closed for two hours during the lunch time.

Sometimes small restaurants are run by a wife and husband team. They will do everything. The resto is like their home.

Remember, when in France, relax and slow down and think and behave French. Be patient during your meals.

From: France
← the ideal of calm exists in a sitting cat
hanging out at my neighbor’s house & channeling renoir →
4 Comments Post a comment