channeling the spirits of vence for a day 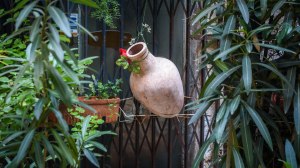 Matisse and Chagall and James Baldwin and Soutine and Dufay. All have something in common. One might suggest they are painters, but in the middle of the list is the American writer, James Baldwin.

All were hanging out in Vence on the French Riviera at one time or another.

Matisse designed a small chapel, the Chapelle du Rosaire de Vence, which houses a number of his originals and was regarded by Matisse himself as his “masterpiece.”

Referring to Chagall’s time in Vence, Picasso told his mistress Françoise Gilot, “When Matisse dies, Chagall will be the only painter left who understands what color is. . . . His canvases are really painted, not just tossed together. Some of the last things he’s done in Vence convince me that there’s never been anybody since Renoir who has the feeling for light that Chagall has.”

James Baldwin lived and died down the road in Saint-Paul-de-Vence, where Chagall is now buried.

I returned to Vence to hang out and hoped I could channel their spirits.

Vence is not hard to visit. I took the train to Cagnes-sur-mer; and from the bus stop at Square du 8 mai, a short walk from the train station, I took the #400 bus to Vence, the end of the line. The cost was 1,50 euros, about $1.60 with the current exchange rate. 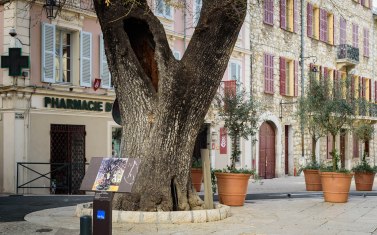 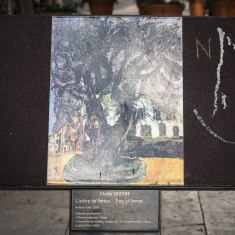 Sprinkled through out southern France are metal posts with an image of a painting done by a famous painter who stood at the spot that is illustrated in the painting. One can see–sort of–what the painter saw and wonder about the inspiration of that scene for the artist. (Click on any photo to see it larger and in more detail.)

One of the first paintings one will see before passing the ramparts of the vieux village is of a very, very old ash (oak?) tree that locals say may have been planted by Francois I in 1538. Here stood Soutine, looking toward the esplanade Fernand Moutet and the valley of the Lubiane, when he painted “L’arbe de vence.” 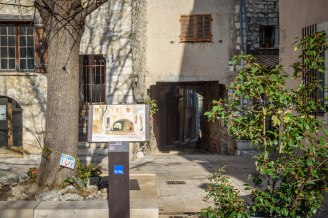 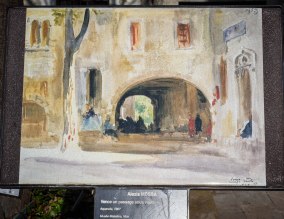 Inside the ramparts of the old village of Vence are several small plazas that have a tree, maybe, a restaurant or two, and often tranquility. (Click on any photo to see it larger and in more detail.) 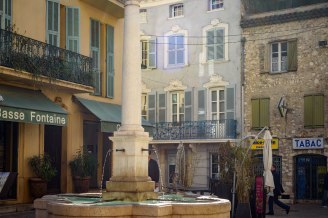 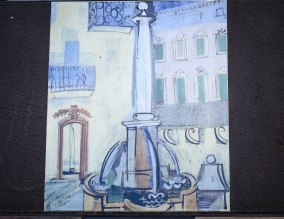 Vence consists of three parts–the old old village within the ramparts, the old village outside the ramparts, and the modern Vence which surrounds the old sections. (Click on any photo to see it larger and in more detail.)

Just outside the ramparts Raoul Dufy was inspired by a fountain and painted “La Fontaine de Vence” between 1919-1921. The original is at the Centre Georges Pompidou in Paris. 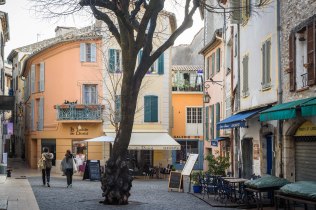 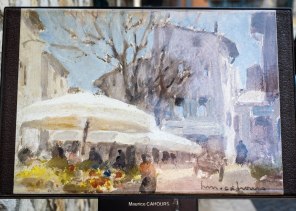 Not far away is Place Surian where Henri-Maurice Cahours painted “Place Surian.” The plaza was created in 1787 when a number of old houses around the former Hôtel de Ville were demolished. (Click on any photo to see it larger and in more detail.) 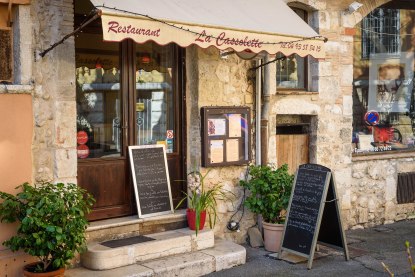 Of course, for me, a good part of the pleasure of visiting a village from the middle ages rests in walking through the narrow streets. Sometimes one encounters a small plaza, hidden away from the usual lanes of pedestrian traffic. (Click on any photo to see it larger and in more detail.) 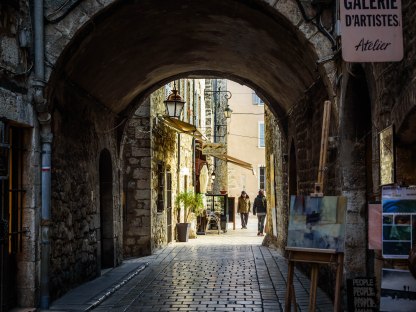 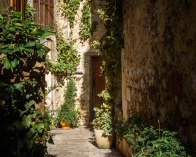 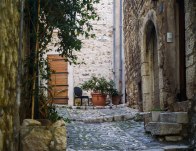 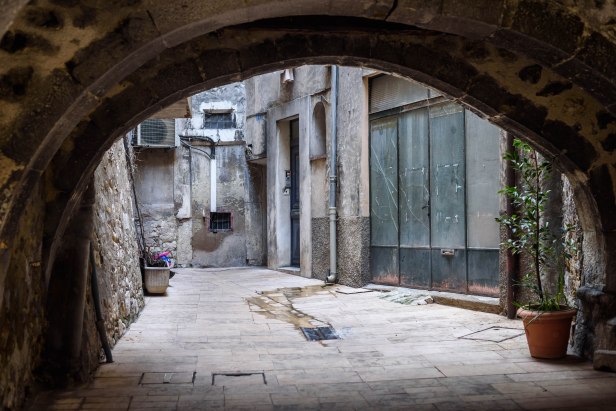 Small alleys and impasses emanate from the main streets within the ramparts of the vieux village. Often they are dead ends except for a door that may enter an apartment or a business. (Click on any photo to see it larger and in more detail.)

From: Côte d'Azur, France
← hanging out at my neighbor’s house & channeling renoir
eating and drinking at a bistro in nice →
2 Comments Post a comment