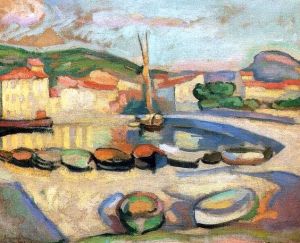 Cassis was a lovely fishing village, once. Virginia Woolf and her sister Vanessa Bell, both members of the Bloomsbury Group, would travel there each summer when they would rent a cottage called La Bergère in the grounds of Château de Fontcreuse.

After her first time in Cassis in 1925 Virginia Woolf wrote: “Nobody shall say of me that I have not known perfect happiness.”

Because of Cassis’s special quality of light, painters in the 1920s such as Dufy, Signac and even Winston Churchill would unpack their easels in Cassis.

Expanding the time frame during the the 19th and 20th centuries many painters made their way to Cassis, many of them painting scenes in and around Cassis between 1850 and 1950. Au cours des 19ème et 20ème siècle Cassis a vu passer de grands maîtres de la peinture–Derain, Picabia, Signac, Camoin, Verdilhan, Monticelli, Cazille, Guindon. 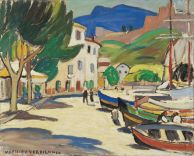 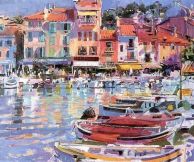 Today Cassis seems broad in the beam with many tourists on its streets and plazas. Pleasure boats in its harbor, packed with little room to sway, seldom sail. (Click on any photo to see it larger and in more detail. Cliquez sur une vignette pour l’agrandir.)

It is hardly the village of 100 years ago when many flocked to Cassis in the mid-1920’s. 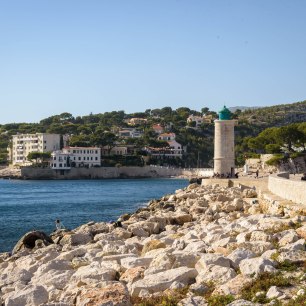 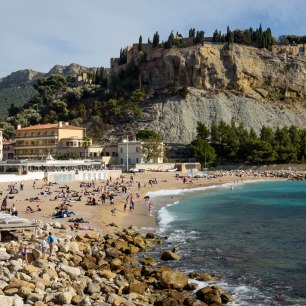 Would an artist today want to set up an easel in Cassis? The light, I believe, has not changed. But the charm of another era is certainly not present. (Click on any photo to see it larger and in more detail. Cliquez sur une vignette pour l’agrandir.) 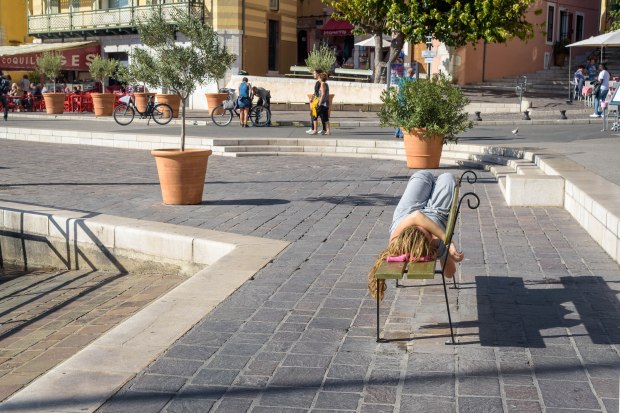 I am reminded of the Woody Allen movie Midnight in Paris. The main character Gil Pender wants desperately to know Paris of the 1920’s and to talk about his writing with his cultural heroes who lived and loved and created during that period. The more time he spends with them, the more dissatisfied he becomes with the present.

Each time I visit Cassis, I travel east from Marseille through the spare generally untouched calanques. During that bus ride I hope to discover in Cassis a street still unchanged or walk a path that leads along an ledge that might give me a sense of what once was. But I do not give up after each visit.