the flâneuse & random images around portland 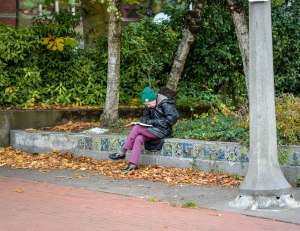 “The photographer is an armed version of the solitary walker reconnoitering, stalking, cruising the urban inferno, the voyeuristic stroller who discovers the city as a landscape of voluptuous extremes. Adept of the joys of watching, connoisseur of empathy, the flâneur finds the world ‘picturesque.'” — Susan Sontag, On Photography

As the images of flâneurs on this page and the language about them suggest, the flâneur is male, well dressed, a man with money who can while the hours wandering the streets. He is by himself; he may eat his lunch alone.

Does that mean a woman—une flâneuse—does not, can not, exist? Do women go for a good walk alone? Do they have sufficient income to permit the time to wander? Don’t they stay at home and watch after the kids? 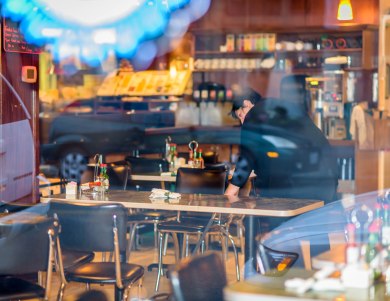 Cleaning up and preparing to leave for the evening.

Lauren Elkin, the cultural critic, has written a book Flaneuse: Women Walk the City in Paris, New York, Tokyo, Venice and London that was recently designated by the New York Times as a Notable Book for 2017. For her the flâneuse is a “determined, resourceful individual keenly attuned to the creative potential of the city and the liberating possibilities of a good walk.” (Click on any photo to see it larger and in more detail. Cliquez sur une vignette pour l’agrandir.)

She does not recognize gender as a defining characteristic of a flâneur. It is an “individual” who takes a good walk. The dictionary defines a “flâneuse” as “a woman who is or who behaves like a flaneur.” 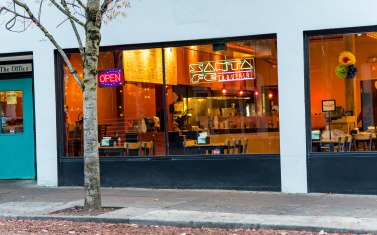 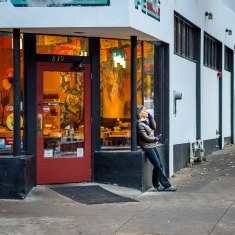 Ching-fang Tseng, in an essay The Flaneur, the Flaneuse, and the Hostess: Virginia Woolf’s (Un)Domesticating Flanerie in Mrs. Dalloway, suggested that being a woman and a flâneur in the 19th century sense was not possible: “The impossibility of the flâneuse bespeaks not only the masculine desire underlying urban spectatorship, but also the prohibition on the homebound women from making excursions into the city to enjoy unfettered walking and watching. The suppression of alternative female urban spectatorship exemplifies the male monopoly on the experiences of modernity.” (Click on any photo to see it larger and in more detail. Cliquez sur une vignette pour l’agrandir.) 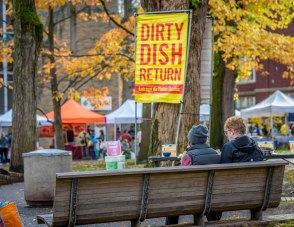 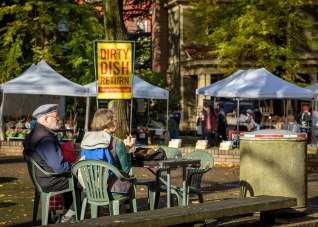 However, well-known women were flâneuses. Patti Smith, a rocker and friend of the photographer Robert Mapplethorpe, is a photographer who wanders city streets in search of subject matter. (Click on any photo to see it larger and in more detail. Cliquez sur une vignette pour l’agrandir.)

Elizabeth Hand, writing in the Washington Post  about My Train, Smith’s latest book, says, “Sometimes, Smith comes across as a modern flâneuse, combining a photographer’s ­visual acuity with the boulevardier’s appreciation of the ephemeral, pointillist details that create the sprawling canvas of a peripatetic life. Other times, she is an amused participant-observer. . . .” 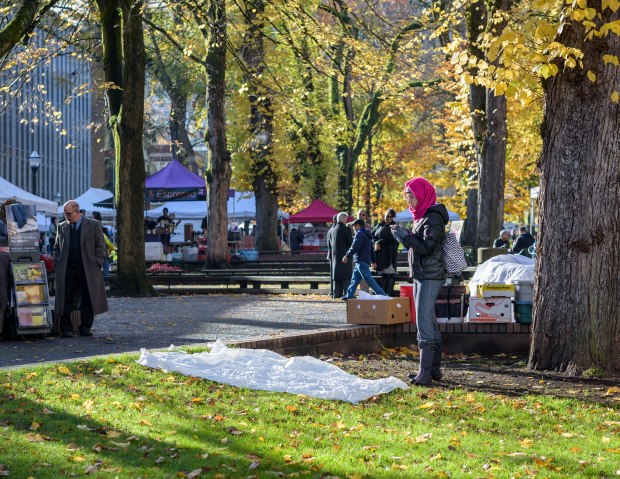 Susan Sontag, quoted above, writes in On Photography: “The findings of Baudelaire’s flâneur are variously exemplified by the candid snapshots taken in the 1890s by Paul Martin in London streets and at the seaside and by Arnold Genthe in San Francisco’s Chinatown (both using a concealed camera), by Atget’s twilight Paris of shabby streets and decaying trades, by the dramas of sex and loneliness depicted in Brassaï’s book Paris de nuit (1933), by the image of the city as a theater of disaster in Weegee’s Naked City (1945).” 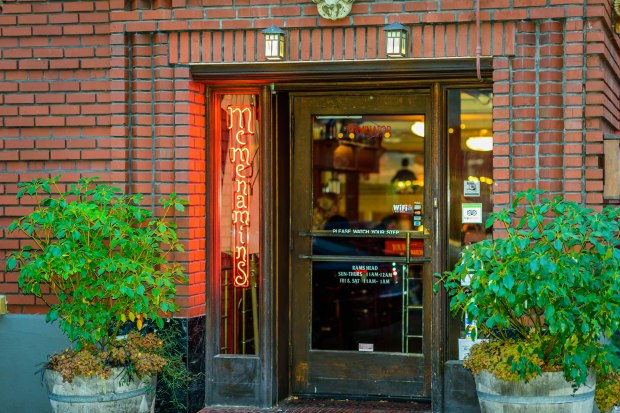 Virginia Woolf thought of wandering the streets as “street haunting.” She writes in the essay “Street Haunting: A London Adventure”: “We are no longer quite ourselves. As we step out of the house on a fine evening between four and six, we shed the self our friends know us by and become part of that vast republican army of anonymous trampers, whose society is so agreeable after the solitude of one’s own room.”

In one of her diary entries from March 1930 Woolf, like the narrator of “Street Haunting,” describes what she gets from walking through the city: “A fine spring day. I walked along Oxford St. The buses are strung on a chain. People fight & struggle. Knocking each other off the pavement. Old bareheaded men; a motor car accident, &c. To walk alone in London is the greatest rest.” 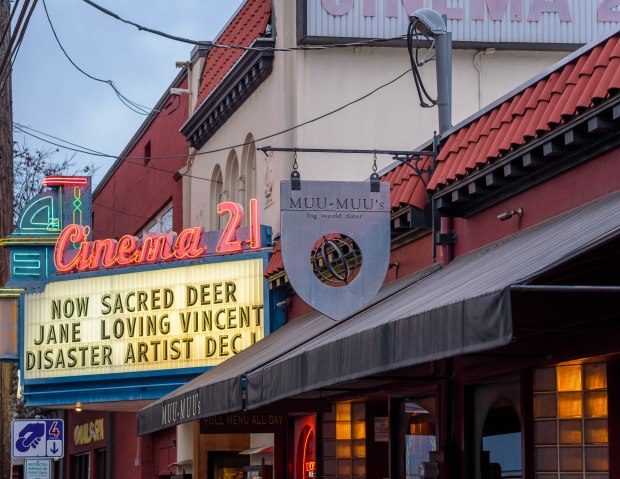 And then there is Sophie Calle:  “For months I followed strangers on the street. For the pleasure of following them, not because they particularly interested me. I photographed them without their know-ledge, took note of their movements, then finally lost sight of them and forgot them.

At the end of January 1980, on the streets of Paris, I followed a man whom I lost sight of a few minutes later in the crowd. That very evening, quite by chance, he was introduced to me at an opening. During the course of our conversation, he told me he was planning an imminent trip to Venice. I decided to follow him.”

From: Oregon, Portland
← around downtown portland during a late november afternoon
a pleasant place to live, my neighborhood →
No comments yet