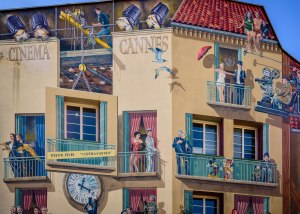 When I think of Cannes in southern France, the film festival comes to mind, of course. In the spring articles appear in the papers announcing the jury and the list of films to be shown. Cate Blanchett is the “president” of this year’s jury (2018).

Sometimes I hear someone pronounce the word “Cannes,” and I cringe. Too often tourists say “cahn” instead of “can”. Granted, the “a” in “Cannes” in French is pronounced not as flat as the “a” in “can,” when it is spoken by an American. Listen to Rick Steves, the American travel writer. He mispronounces it eight times in one video.

There is more to Cannes than the Festival de Cannes and the trivial concerns about mispronouncing its name.

All over Cannes one can find wall art, les murs peints. The paintings are not graffiti. They are commissioned pieces. The artists are established, recognized. 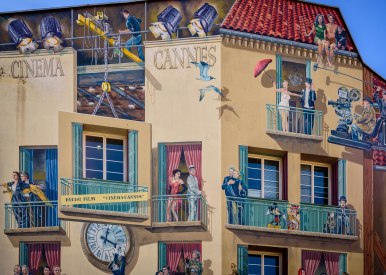 The walls are sometimes painted with “realistic imagery to create the optical illusion that the depicted objects exist in three dimension,” or trompe-l’oeil (deceiving the eye). 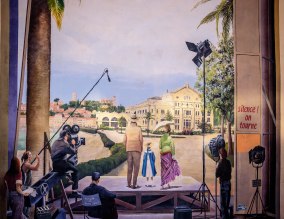 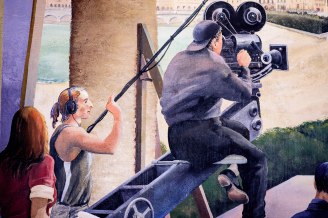 On a wall of the Cannes Riviera Hotel, a four star hotel at 16 boulevard d’Alsace, one can see a very, very large image of Marilyn Monroe. (It is not shown here but can be found at Les fresques murales de Cannes.) 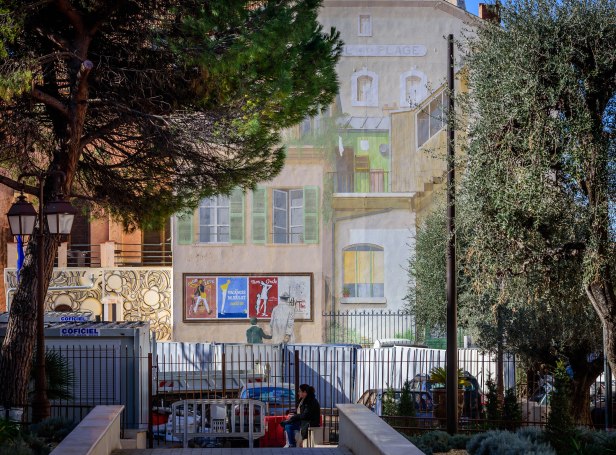 Many images are signed by the artists or groups of artists, A. Fresco, Fresqu’île and 7e sens, to name three. 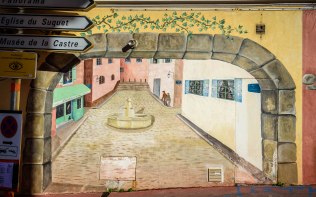 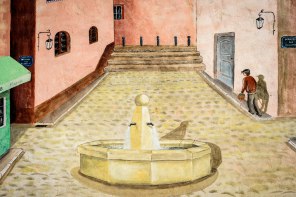 Some wall paintings, done by unknown painters, are hidden on small medieval streets or at out-of-the-way corners of Le Suquet.

At the end of the Promenade de la Croisette, after the Palais des Festivals et des Congrès where the film festival is held, is a hill, une colline, called Le Suquet.

Le Suquet is worth a visit. On top one can see Le Musée de la Castre, La tour carrée, les ruelles médiévales, and pause for a panoramic view of the bay, the port, and the Promenade de la Croisette.

What draws me there is the wall art. Some are painted by the famous. Many by the unknown. Some works are fading from the intense glare of the sun and are barely visible. Others benefit from shade and have still some of their original colors.

From: Côte d'Azur, France
← jetties stick out, don’t they
the walls of the ghost citadel of entrevaux, france →
No comments yet