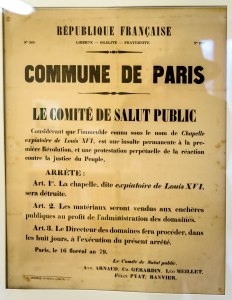 “How many did they say?” “I do not understand you.” “—At the last post. How many to the Guillotine to-day?” “Fifty-two.” “I said so! A brave number! My fellow-citizen here would have it forty-two; ten more heads are worth having. The Guillotine goes handsomely. I love it. Hi forward. Whoop!”—Charles Dickens, A Tale of Two Cities

On the way to the guillotine, she collapsed in the tumbrel and cried “You are going to hurt me! Why?!” Terrified, she screamed for mercy and begged the indifferent crowd for help. Her last words to the executioner were: “One more moment, Mr. Executioner, I beg you!”  –Madame du Barry, on 8 December 1793.

Claude François Chauveau-Lagarde.  That was his name, Marie-Antoinette’s lawyer.  He tried to save her from the guillotine.  He nearly lost his head, too. 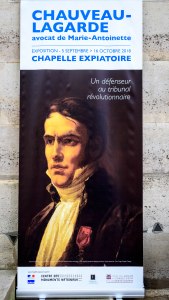 He is my neighbor.  Around the corner from my apartment and on the other side of the wall of the cimetière de Montparnasse, he rests in Division 1.  The street near Chemin Circulaire in the cemetery, where he is buried, is named allée Chauveau-Lagarde.  His marker says simply, “CI-GIT CHAUVEAU-LAGARDE AVOCAT DE LA REINE AU PROCES DE 1793.’

Among his ‘clients’ were several women who were major figures in their own right and at their deaths showed great courage, according to contemporary accounts.  For example, he was the advocate for Madame Élisabeth (sister of King Louis XVI), Charlotte Corday (assassin of Jean-Paul Marat), Marie-Antoinette (the last Queen of France), and Madame Roland (a supporter of the French Revolution and influential member of the Girondist faction).

I learned about Chauveau-Lagarde, un défenseur au tribunal révolutionnaire, for the first time, when I visited the Chapelle expiatoire in the Square Louis XVI and saw the exposition Chauveau-Lagarde avocat de Marie-Antoinette.

The location of the Square Louis XVI was once the cimetière de Madeleine, the communal cemetery, la fosse commune, for many who had been executed by guillotine during the French Revolution.  King Louis XVI and Marie-Antoinette, for example, were deposited there, as well as Corday and Madame Roland.  Later the cemetery contained too many bodies and was closed.

Commissioned by King Louis XVIII, brother of Louis XVI, in 1815, the Chapelle expiatoire, a commemorative monument for King Louis XVI and Marie-Antoinette, was completed in 1826.  Their remains were moved from the cemetery to the Basilica de Saint-Denis in the city of Saint-Denis. 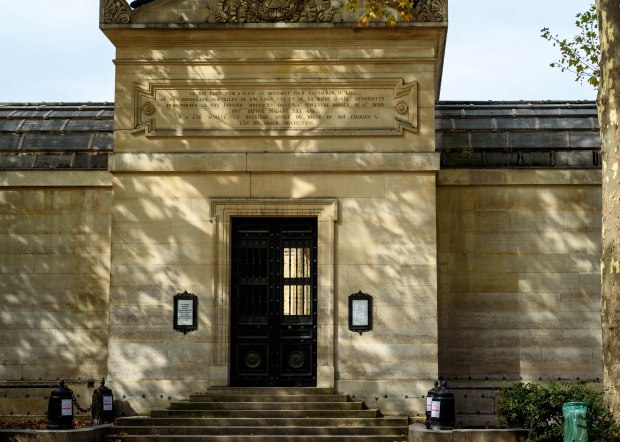 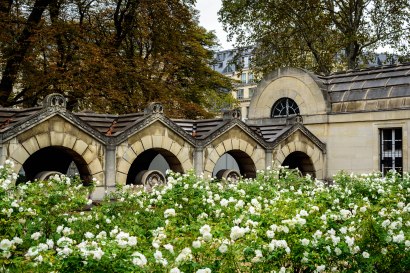 The Campo Santo, or cemetery, is a garden comprising sifted earth from the former cemetery.  Along the sides are aligned some symbolic tombs that continue the memory of the Swiss guards who lost their lives while defending Louis XVI from an attack.  (Click on any photo to see it larger and in more detail. Cliquez sur une vignette pour l’agrandir.) 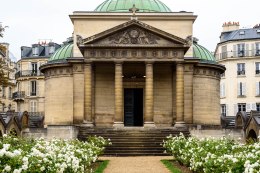 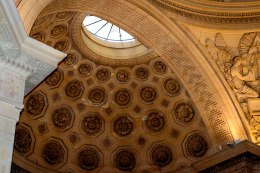 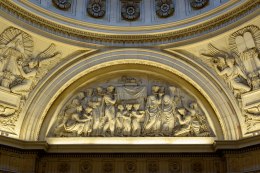 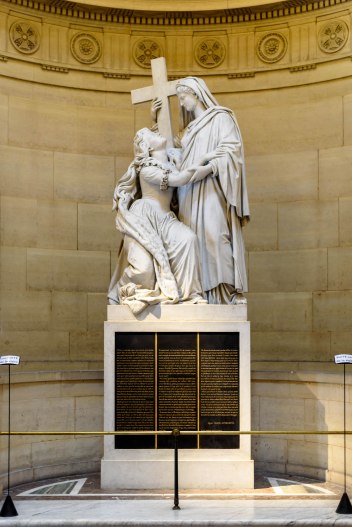 The next part of the visit would be the chapel.  Inside are two marble statues representing Marie-Antoinette and Louis XVI.  On her pedestal is engraved the last letter she wrote to her sister-in-law Madame Elizabeth.  His pedestal is engraved with his will-and-testament to the French people.  (Click on any photo to see it larger and in more detail. Cliquez sur une vignette pour l’agrandir.) 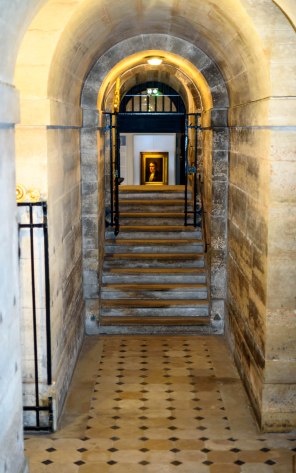 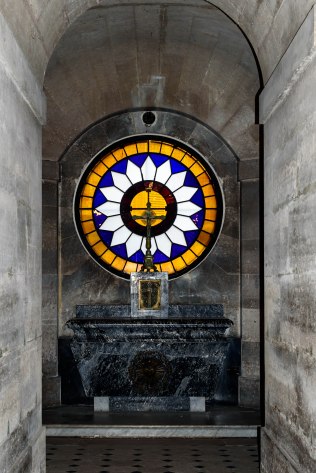 Below, after descending the stairs, is the crypt and the alter in black that purports  to mark the spot where the remains of Marie-Antoinette and Louis XVI were exhumed.

On exiting one walks by the galeries latérales which is made of several travées d’arcades, or arches, which protect funeral murals.  (Click on any photo to see it larger and in more detail. Cliquez sur une vignette pour l’agrandir.)

From: France, Paris
← un moment après être descendu du #28 bus
going to the chapel at saint-étienne-du-mont →
No comments yet