When one wanders and meanders along the southern coast of France, in particular along the Côte d’Azur, visiting the medieval villages perched on hills, one need only look over the shoulder to see another one not far away from the village you are exploring at the moment.

I am exaggerating a bit but not too much. The villages are sprinkled every where; and when you think you have seen them all, another one, hidden away, comes into view.

During the Middle Ages, they were small fortresses, built to keep people protected from the forces of evil. The hills, where they were often built, provided the vantage point of the surrounding area for observing who might be considering making mischief.

(The word mischief is from the Old French:  “meschief, from the verb meschever, from mes- ‘adversely’ + chever ‘come to an end’ (from chef ‘head’).”) 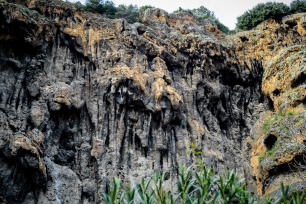 Inland, far from the coast, and northwest of Saint Tropez is a small village, not perched really, but nestled instead against a large rock—the French call it le Rocher de Cotignac. The village is called Cotignac, of course.  (Click on any photo to see it larger and in more detail. Cliquez sur une vignette pour l’agrandir.) 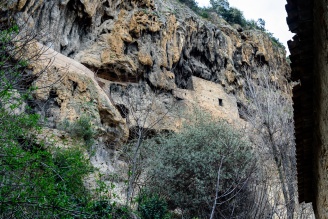 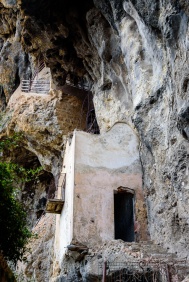 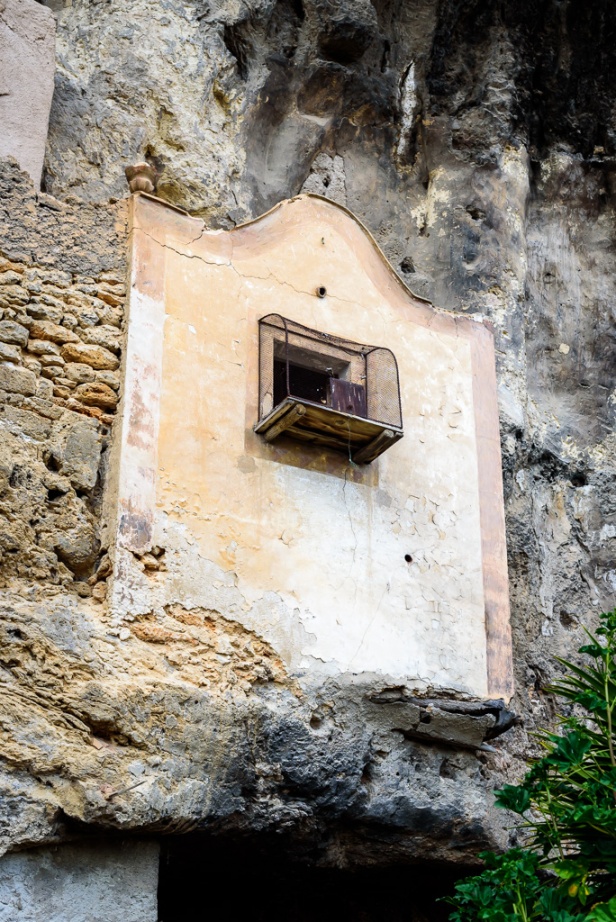 The Rocher de Cotignac is impressive and towers over the village. Against or in the rock wall are grottos, caves, homes built during the middle ages, and more modern dwellings.  (Click on any photo to see it larger and in more detail. Cliquez sur une vignette pour l’agrandir.) 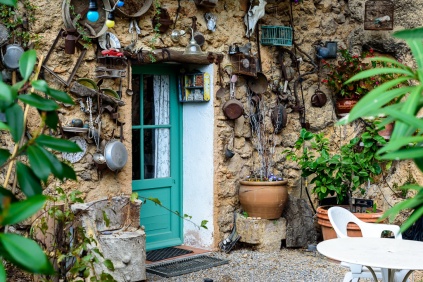 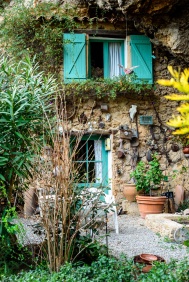 The earlier settlers lived in the natural grottes. Later small buildings were constructed for defensive purposes against the cliff and on precipices. Still later and more in the modern era, houses of stone were built, sometimes attached to the rock and sometimes into it.  (Click on any photo to see it larger and in more detail. Cliquez sur une vignette pour l’agrandir.)

One can follow a path to these dwellings and explore some of the grottes. Most of the year, however, the path to the upper regions is blocked and not available until the summer tourist season.

From: Côte d'Azur, France
← quiet places and shadows in 3 french villages
in antibes and enjoying an hour during a morning walk →
No comments yet