on acknowledging a monolith moment in bastia, corsica 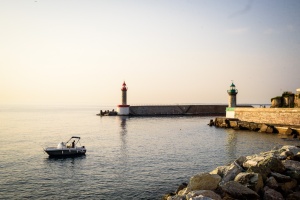 It was the third and final monolith moment.

My French tutor in Antibes told me during a session that she is Corsican, and I knew then I was destined to visit Corsica. It was this third and last monolith moment which sealed my fate.

In the film 2001: A Space Odyssey, a monolith appears unexpectedly and mysteriously three or four times at crucial times. When I experience moments that point me to something in a relatively short span of time, I know I should act and will. I have always benefited from those moments when I sit up and pay attention.

Walking the John Muir Trail, visiting Malta, reading in French Le Comte de Monte-Cristo, all three are further examples with stories relating to my encounters with the monolith moments.  (Click on any photo to see it larger and in more detail. Cliquez sur une vignette pour l’agrandir.)

If I experience three moments on a specific subject that are unusual to me in a relatively short period of time, I take it as sign and I act. I call them my monolith moments. My life has been richly enhanced when I take notice of them. 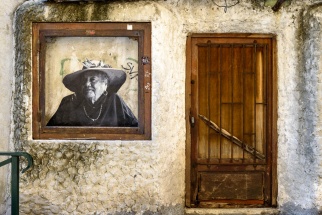 One day, my tutor said (in French), “I am Corsican. I came from Corsica. I love Corse.” That was the final straw, so to speak.  (Click on any photo to see it larger and in more detail. Cliquez sur une vignette pour l’agrandir.)

I went to Corsica. 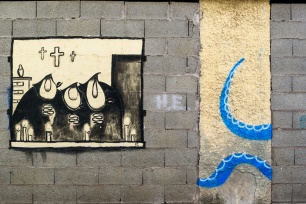 I learned that most visitors to Corsica (Corse) spend a few days or maybe a week there. The distances between one place and another are short, although the travel times are longer because many of the roads are narrow and curvy. (In French one would say, étroité et torturé.) One can easily cover a lot of ground, and much of the excitement is in the south where the major cities are larger and more cosmopolitan. One does not need to go north to visit Corsica.  (Click on any photo to see it larger and in more detail. Cliquez sur une vignette pour l’agrandir.) 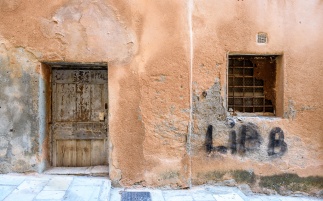 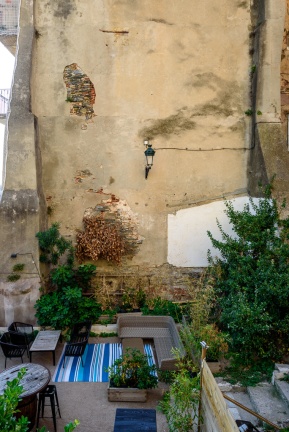 I had initially decided to spend a month on Corsica and really explore the island. But that changed, after many spirited conversations with my tutor. I decided eventually that a month would be too short. I would spend the first month exploring the Haute-Corse and the following year I would spend a month exploring the Corse-du-Sud.  (Click on any photo to see it larger and in more detail. Cliquez sur une vignette pour l’agrandir.)

Bastia on the east coast of Corsica was an obvious choice for the start of such an adventure. It has an airport, and major ferries dock there. I took an overnight ferry from Marseille.  (Click on any photo to see it larger and in more detail. Cliquez sur une vignette pour l’agrandir.)

For the tourist and the flâneur in Bastia, much of the initial interest is of the Vieux Port de Bastia, the medieval streets, and the citadelle, built in the the 14th century by the Genoese. (More about that later.)

From the day I landed, I explored the port and examined closely the many ardoises in front of the many restaurants that lined it, I wandered the narrow streets, sometimes many times, and found lovely wall art, I looked for color and unusual images.

From: Corsica, France
← on seeing odds & ends in art on the streets of lyon
up up to the col de teghime between bastia & st-florent →
No comments yet