Posts from the ‘Malta’ Category

George Gordon Byron, commonly known as Lord Byron, an English poet, peer, politician, and a leading figure in the Romantic movement, traveled overland on a Grand Tour sometime between 1809 to 1811 to Seville, Spain from Portugal, and then to Jerez de la Frontera, Cádiz, Gibraltar and from there by sea to Valletta, Malta.

He was not the only well-known English poet who ventured to Malta during the first years of the British control of Malta. In 1804 Samuel Coleridge traveled to Malta and worked for a time as Acting Public Secretary of Malta under the Civil Commissioner, Alexander Ball.

Sir Walter Scott came to Malta on doctors’ orders. In October 1831, he set sail on the Mediterranean in an attempt to recover his health, spending three weeks in Malta. Inspired by his stay, he wrote the novel The Siege of Malta, which was written in 1831 but not published until 2008. 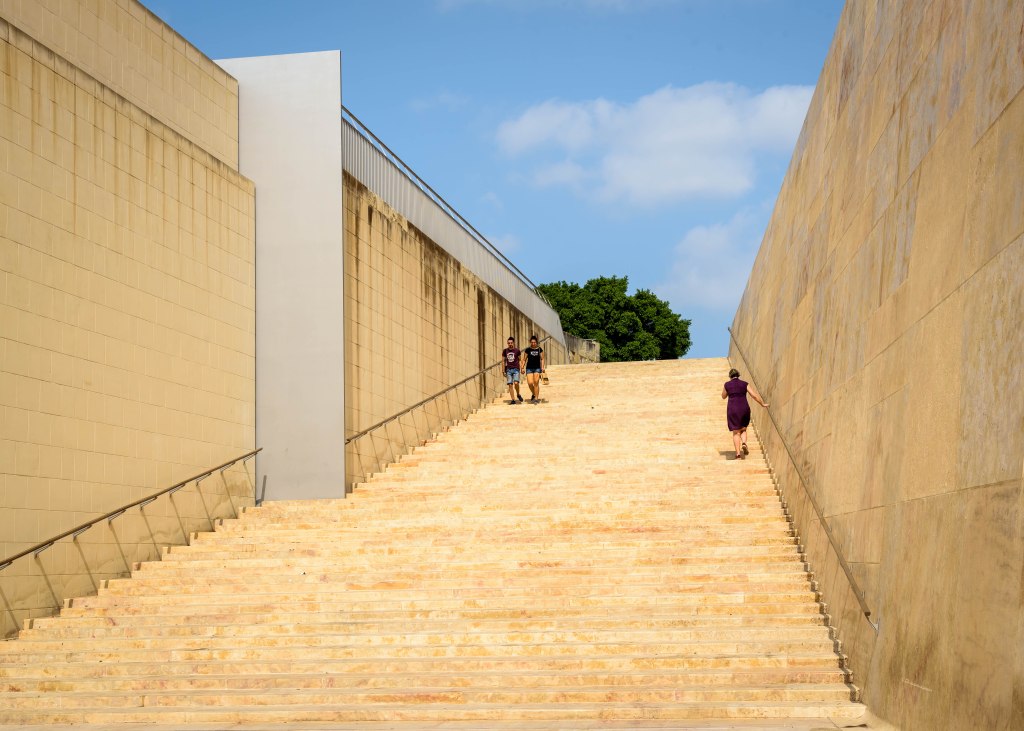 A long set of stairs that emerge from the left of the entrance gate to Valletta. Another set of stairs, symmetrically identical, ascend from the right of the gate. They are modern and, of course, did not exist during the 19th century.

Lord Byron was born with a deformed right foot, which caused him great pain and frustration. He wore leg braces and orthopedic boots that were secured around the shin with a leather buckle. Such a device made walking difficult for him throughout Valletta. END_OF_DOCUMENT_TOKEN_TO_BE_REPLACED

What country in the European Union is the smallest?

What country has a capital–Valletta–that will be the European Capital of Culture in 2018 and is itself an UNESCO World Heritage site?

The answer, of course, is Malta, a small island on the Mediterranean Sea that is not far from Sicily and the boot of Italy. Within a short time after arriving on Malta and seeing Valletta for the first time, I wondered why I had not visited sooner.

Valletta, or Il-belt Valletta in Maltese, is a small capital sitting on a peninsula and is clearly surrounded on three sides by water. The Mediterranean Sea is to the northeast.

The Grand Harbor is located at the south eastern side of Valletta and has been a harbor since Roman times. It has several docks and wharves, as well as a cruise liner terminal. A terminal at the Grand Harbor serves ferries that connect Malta to Pozzallo and Catania in Sicily, too. (Click on any photo to see it larger and in more detail.) END_OF_DOCUMENT_TOKEN_TO_BE_REPLACED

are we friends now the president of malta and i?

I told her I was enjoying my stay in Malta, and she cautioned me to be careful of the sun. Briefly and with the fingers, we shook hands. So went my encounter with her excellency Marie-Louise Coleiro Preca, the ninth President of the Republic of Malta.

I learned that her “nomination as President was, for the first time in the history of the Maltese National Parliament, approved unanimously by a parliamentary resolution of the House of Representatives” and that “at the age of 55 years, Coleiro Preca is the youngest President of the country, and is the second woman occupying the office of Head of State after 32 years.” 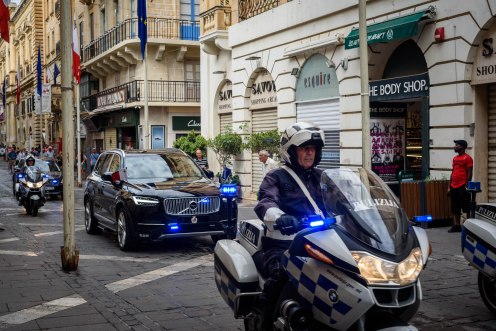 Madame President with a police escort arrived at 10:00 at Triq Ir-Repubblika, the main street that runs through the center of Valletta, and stopped in front of the Great Siege Monument where an honor guard awaited her. END_OF_DOCUMENT_TOKEN_TO_BE_REPLACED

first thoughts after landing on malta

From the airplane Malta looks very flat. Looking this way and over there, one can see a rise, a hill of some kind, but generally from the plane Malta is flat.

Malta is warm in September, in the mid-80’s Fahrenheit. During the cab ride into Valletta, I started taking off clothing. I flew from Paris where I woke up one morning in late August feeling autumn in the air.

During the 15 minute cab ride, I decided Malta was flat.

After getting acquainted with my apartment, which is near Il-Forti Sant Iermu (Fort St Elmo), I left and started capturing images. I was no longer in Paris. I was immediately fascinated by the balconies. 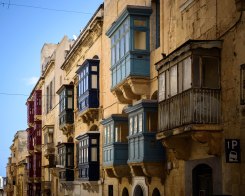 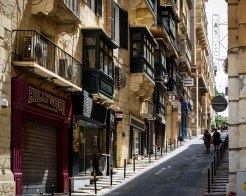 Valletta, Malta , or Il-Belt (“the city” in Maltese), is a small city and the European Cultural Capital for 2018. In 1980 Valletta was officially recognized as a World Heritage Site by UNESCO.

The streets are narrow and many permit only pedestrians. They do not meander, but are laid out in a grid. One can look for long distances up and down each street, either seeing the Mediterranean Sea or a wall that surrounds the city. On each side of a street many balconies, sometimes in a patchwork, jut from the walls. (Click on any photo to see it larger and in more detail.) END_OF_DOCUMENT_TOKEN_TO_BE_REPLACED